Hi there, guys and dolls!  Well, whew — the girls (Andrea and Heather) do keep me busy.  It’s been a big time of flurry and then hurry up and wait.  They’ve been doi

ng interviews, reviews, lining up personal appearances, finding local markets and venues to bring my Poppy Cove Mysteries to the people.  Oh yes, and working on book three in the series (the followup to DEATH OF A BEAUTY QUEEN) — it’s coming, but still very much a work in progress.  There’s a few tentative titles in mind, but nothing that sticks yet.  All this activity is enough to make a fictional pen name wacky, but you already knew that about me.   It has been great fun and there’s more on the horizon, but every now and then a girl has to retreat and rebuild for just a little while.

As with any other people, Andrea and Heather have full plates, spinning in all directions at once.  Familial concerns, financial juggling, 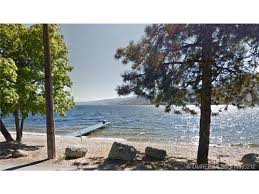 day jobs, and just basic routine of keeping it all together can sometimes be a real challenge.  This week, they looked at refueling the creative tanks and took a  lovely day for themselves.  They live in the Okanagan Valley, and for those of you who are not familiar, it truly is a four season paradise that shouldn’t be

taken for granted.  So they played hooky — such fun!  It was such a glorious day — not a cloud in the sky, warm sun and just a hint of September freshness in the air.  Most of the tourists were gone, so that meant a peaceful quiet beach in Peachland, a loooong lunch in Penticton at Theo’s (THE Greek restaurant, a classic favorite that rivals any of the swell spots they’ve been to anywhere), touring through Naramata and picking u

p a local hearty red wine to go with grilled steak and dinner on a fall evening, way into the night, as music played, stars twinkled and votives burned down.

They also went on a library crawl, one of their favorite things to do.  The Okanagan Regional Library system is vast, with over twenty branches and a huge and easily accessible collection.  They went to four different branches, carrying out armloads of books (they could start their own location; if what you are looking for is not on the shelf, e-mail me, they probably have it).   Not only was it great to bring home so many worlds and stories, but to see the books of so many friends and fellow authors was a real kick and made them chortle and smile as they walked through the stacks.

What did all of this do for them?  It quieted their racing minds and speeding hearts.  It gave open space in their souls and made them each remember a little about who each of them are — a spiritual being having a human experience, without the labels of who they are in the rank of social, professional and familial hierarchy, and to break away from the shoulds and shouldn’ts for just a little while.  The individual silences and light banter felt like a weight being lifted off.

The next day was back to all kinds of business, monkey and otherwise, but the feeling of peace is still there.  I heartily encourage each and everyone of you to take such a day, as often as you can manage.  It’s one of the glorious things that make life worth living.