Hi there, guys and dolls!  I’ve decided to let Andrea and Heather take over the blog this week.  They had a fabulous visit on my behalf with the most delightful Blog Talk Radio host on the airwaves, Amy Beth Arkawy.  Her awar 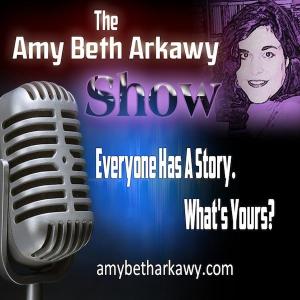 d winning radio program is fantastic and the girls had such a great time kibbitzing with their good friend, who writes the terrific Eliza Gordon Mysteries as well as hosting her show about and with creative folks.  Do yourself a favor and catch some of her podcasts.

They talked and talked and talked about everything and nothing, murder and mayhem, the creative process and my fine Santa Lucia social set in the Poppy Cove Mysteries.  One of the topics that cultivated food for thought was the whole creative work concept.  Time and time again it comes up, not only for writers, but musicians, painters, artists of all stripes — people not involved believe you’re not really working.  There are so many times that well meaning people in our lives seem to think that if you’re not at a day job, you’re not actually ‘working.’  You have the day off, you’re free to do whatever they want you to do, that writing’s not a ‘job,’ you don’t have to take it seriously, you can do it later in your ‘spare time’ (that is, when I don’t want you to do something for me).

Well, guess what?  It is a job, it is work (sometimes the hardest work a person does in their lives — anyone who’s committed the effort to bring a project to life can attest to that) and needs to be respected as such.  And where does that reverence start?  You know it — with you.  You set your mind, you set your respect.  We’re learning.  Being relatively new writers, we still have other professions to keep the wolves out the door.  What we have been able to do is step out and carve out work time specifically to write and develop Barbara Jean and our Poppy Cove world further.  And we’re happy to say that when asked if we are working today on those days, the answer is a resounding “YES,” and setting straight any remarks from the peanut gallery to the contrary.  We don’t complain or explain to those who don’t get it, we just simply say we are working, turn on the voice mail, and become unavailable to any demand or request outside of our creative realm.  If you are struggling with this, try changing your mind on how you present your respect of craft to others and let them sort out their thoughts for themselves.  They will get it eventually when they can’t reach you for their whims and see your tangible results in book, painting, song or sculpture form at a later date.  And if they don’t, be rest assured somewhere in this world there are people who will be happy you devoted yourself to the creative process.  Keep at it, and claim your time — you were meant to!