How Do, Elise Hepner? 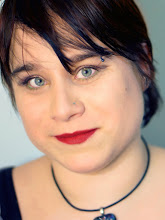 Hi there, guys and dolls!  Today’s blog I’d like to introduce to you a new friend of mine, Elise Hepner.  For a self-described shy girl, she’s created a wonderfully expressive world to share with us.  Please join me in welcoming her into the world of Cozy Mysteries.  Her DEADLINES: A WRITTEN TO DEATH MYSTERY has just debuted!  Although

she is new to writing cozies, they’ve always been a pleasure for her to read, so she felt it was time for her to expand her creative wings and flying high with the cozy crowd, as E. Hepner.  As a sneak peek, here’s a little info on the first in the series.

Ainsley Moss never thought she’d become a representative for the dead. But as a newbie obituary writer for the Aurora Fall’s Guardian, she gets a sneak peek at her new profession. Her ex-best friend and rival newspaper worker turns up blue and stiff as a board in the women’s bathroom—after they’ve had a less than civil confrontation.

Ainsley’s in the habit of memorializing the dead, not finding them. But now she’s saddled with a motive for murder—killing to drum up obituaries in order to further her career in a dying newspaper business where everything is going digital.

When another victim meets his maker with a connection to the first victim, Ainsley has to make nice with a hard ass, bombshell Detective who’s dead set on closing the case or risk the calm of their cozy town. Ainsley’s charming, ex-boyfriend turned roommate Gage Sullivan comes to her aid as they throw themselves into deadly research. Every obituary interview brings them that much closer to finding a killer connection. While fighting her new rep as a prime suspect, her matchmaking, Stepford mother is intent on keeping her daughter’s dirty laundry under wraps and her sex addicted wealthy grandparents want to buy her way out of jail. Or at least help her learn how to make a shiv.

None too thrilled with the idea of making friends with a cell mate named Betty the Bruiser, she’ll wade knee deep into a cesspool of the town’s secrets, gossip, and lies. But with a whacky cast of characters hell bent on keeping the peace, no bit of personal information is sacred. They have to find a killer—before Ainsley loses her freedom and her chance to make peace with a fate that scares her more than anything else in life.

Now doesn’t that sound like a fun read?  And Elise is no stranger to writing — she also has an impressive body of work in the erotica genre.  To learn more about this talented lady and her work, do check out her blog at Come Get Cozy, where you can learn all about her transition and growth from one genre to another and find out all about her writing.  Among her great posts, Elise has a recent entry in which she shares her musings on her recent expansion to her creative repertoire (Why I Went From Erotic Romance to Cozy Mystery).  I also recommend you have a gander at her Facebook Author page.  And I don’t know if you’ve noticed, but the winter season seems to be fast approaching most of us.  Our dear Elise has written many ways to warm and curl your toes on those chilly nights ;-).  Follow your curiosity through the above listed links and you’ll be glad you did!

2 Responses to How Do, Elise Hepner?