There’s Always Time for a Cozy!

Hi there, guys and dolls!  Well, the busy season is upon us and it’s also time to recap some of my reviews from my fellow Cozy Cat Press authors.  Enjoy the reviews?  Just click on the covers or the titles to be taken to their Kindle links. 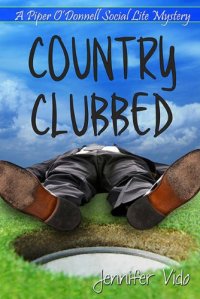 Y CLUBBED by Jennifer Vido — The Woodlawn Golf & Country Club will never be the same after Piper O’Donnell finds the body of State Representative Gus Barnes in the ladies’ changing area. Piper a sassy and savvy socialite finds herself in the middle of a murder plot and is determined to find out who is behind all of the insinuations and accusations. So much for a summer of playing golf,tennis,and sipping cool drinks on the terrace!  Even Piper is on the list of murder suspects and is having trouble figuring out who is on her side. Plenty of sparks and rumors are flying around their little community! Piper has her arms and her calendar full with her man, social events, and investigating murder.  There’s enough swanky shindigs, secret liaisons, cocktails, canapes, danger, and of course dishy gossip to keep you pool-side until you’ve read the last page. A toast to Jennifer Vido for her Piper O’Donnell Social Lite Mystery Series! 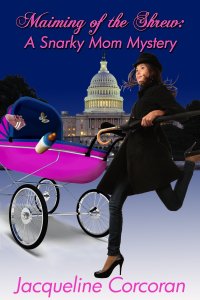 MAIMING OF THE SHREW by Jacqueline Corcoran — The nation’s capital is where we find a tangled web of ambition, lies, and political intrigue. Dr. Drew Weston social work professor,and full-time mother finds herself investigating murder, chasing down dangerous suspects and dealing with her two young children. This taut and suspenseful cozy mystery by Jacqueline Corcoran kept yours truly on the edge of her seat!  Drew takes on two investigations that lead to encounters with questionable politicians and their staff, wheeling and dealing real estate agents, along with other shrewd and shadowy figures. Will Dr. Weston solve the case, appease her mother-in-law, keep her marriage intact and calm her children before the last page is turned? You’ll want to keep reading this Snarky Mom Mystery,the story of one super sleuth/mom to follow all the twists and turns of the plot before the case is closed!

DOMESTIC AFFAIRS by Lane Stone — Atlanta, Georgia’s cheating husbands better watch out when the ladies who are Tiara Investigations take on the case! Leigh, Victoria, and Tara are turning up the heat finding corpses, solving dangerous dilemmas, keeping boyfriends and husbands in line all while keeping cool and in fashion.  These aging beauty queens are faced with investigating the death of a potential client, and Homeland Security may be involved! There are undercover plot twists and turns as the girls race to find out who is behind the deadly and security threatening events.  Lane Stone’s gals are Atlanta, Georgia’s answer to Charlie’s Angels. So be sure to mix yourself a nice pitcher of sweet tea with a little something added, sit out on the terrace and read about the southern super sleuths of Tiara Investigations. These ladies know how to handle the job!

favorite small towns and the living is easy or maybe it’s dying that’s easy especially if you are a mouthy radio shock jock. Eliza Gordon and her best friend Midge are back doing what these two ladies do best, working out what the local gossip is really all about and solving a murder faster than the police can get the clues.  In Dead Silent, the second book in Amy Beth Arkawy’s Eliza Gordon Mysteries, I am delighted to tell you that there’s also plenty of gossip, mischief, a dash of romance, and delicious soup. Things are heating up for Goodship’s young widow as she is trying to move on with her life. Murder and gazpacho are best served cold or perhaps not at all in upstate New York if you want Eliza and Midge to mind their own business. At least that’s what detective Tom Santini would like these girls to do!  Yours truly can only toast the bubbly to Ms Arkawy and wait patiently for the next book in this fabulous series. Eliza Gordon is my kind of gal a savvy, sweet and ‘souper’ sleuth! 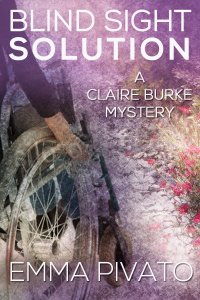 BLIND SIGHT SOLUTION by Emma Pivato — Super sleuths come from all walks of life and hunches are definitely something to go on! Claire Burke is an interior decorator by trade, but on her latest job there is more than a design emergency. Her new client is dead on the carpet when Claire arrives at the house with her wheelchair bound daughter Jessie.  After dealing with the police Claire enlists the help of her best friend Tia. They both believe that the wrong man is behind bars for the crime and the police need to stop acting as if it is simply an open and shut case. Tia spies, snoops and uncovers secrets that reveal there was more to the murder and the life of the victim than anyone, including her husband (the accused) would even have suspected.  Who will be the one to get to the bottom of this complicated case and why was Megan Elves murdered? Be sure to read Blind Sight Solution by Emma Pivato to follow all the suspenseful twists and turns!